It’s Time for the Katrina Rule 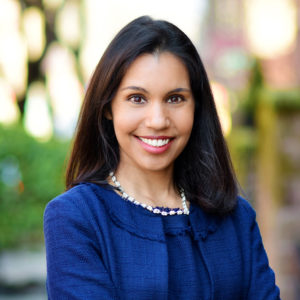 In ten years, I moved six times for my spouse’s job. Sound familiar?

While my husband was training to be a doctor, we moved to five states, plus Washington, D.C. Through all of those moves, I was a practicing attorney for the Federal Government.

In fact, this past year, 2020, was the first time in 12 years that I have not practiced law. Surprisingly, it wasn’t because of the pandemic; but rather State regulations.

You see, in 2019, we moved to California. Soon after, I left my job as a Federal Attorney. A few months later, the pandemic hit, and people faced job loss, bankruptcy, and evictions. Likewise, there was an increase in domestic violence.

It became clear that there would be an avalanche of legal needs. I wanted to provide pro bono legal services to help those people whose lives had been impacted by COVID-19. Unfortunately, I am not licensed to practice law in California and California has not adopted the ABA Model Katrina Rule.

After Hurricanes Katrina and Rita devastated Louisiana in 2005, thousands of lawyers wanted to provide pro bono legal services to Louisiana residents, but they were hindered by statues and rules regarding the unauthorized practice of law. This led the ABA House of Delegates to adopt the Model Court Rule on Provision of Legal Services Following Determination of Major Disaster, more commonly known as the “Katrina Rule,” in 2007. The Katrina Rule applies when:

Under these circumstances, a lawyer who is licensed and in good standing in an outside jurisdiction may provide pro bono legal services in a jurisdiction impacted by a major disaster. Of particular importance for these times, Comment 1 to the Rule notes that the term “major disaster” includes a public health emergency.

Limitations on the Katrina Rule

While the Katrina Rule allows licensed attorneys the opportunity to assist other jurisdictions during emergencies, it also has several limitations. For instance, the legal services provided by the outside attorney must be assigned and supervised by a not-for-profit bar association, pro bono program, legal services program, or other organization specifically designated by the court. Additionally, the Katrina Rule’s authorization generally does not include appearances in court.

However, for most of us, the most significant limitation to the Katrina Rule is that fewer than half of all American jurisdictions have adopted it. In fact, as of October 2019, only 20 jurisdictions had adopted the rule or had an alternative version in place. This is surprising as the importance of the Katrina Rule has been recognized by several prominent legal organizations.

For instance, in 2007, the Conference of Chief Justices adopted a resolution that urged “the highest court of each state…to consider adopting a rule setting forth an orderly manner for the provision of legal services following determination of major disaster” and commending the ABA Model Katrina Rule “as the foundation upon which to create such a rule.”

In 2019, Legal Services Corporation’s Disaster Task Force issued a report that recommended states adopt the Katrina Rule, stating that it is “effective in quickly allowing out-of-state volunteer lawyers to assist on the front lines of disaster relief operations.”

Now Is the Time for the Katrina Rule

Some states have not adopted the Katrina Rule because of a concern that out-of-state lawyers would be “too unfamiliar with local rules and procedures.” However, that concern can be laid to rest as the ABA Model Katrina Rule requires that out-of-state attorneys are supervised by organizations within the jurisdiction where they will be providing services. Additionally, lawyers who are licensed in a different jurisdiction can certainly handle matters of federal law, including bankruptcy.

In fact, lawyers—no matter where they are licensed—should, and do, research the applicable authority in each case they are handling. Adoption of the Katrina Rule may be the first step to re-regulation. It is certainly a step in the direction of increasing access to justice.

Lawyers who seek to serve others, pro bono, should not be hampered in their efforts, particularly in the wake of natural disasters, when their assistance is needed most. It is time to make it easier for lawyers to uphold their ethical obligation to increase access to justice. It is time for all jurisdictions to adopt the Katrina Rule.