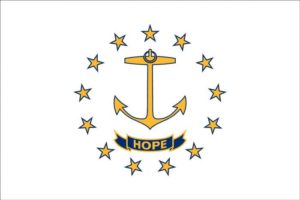 On October 15, 2020, the Rhode Island Supreme Court signed an order amending Article II of the Supreme Court Rules on Admission of Attorneys and Others to Practice Law, effectively adopting a military spouse licensing admission rule. By enacting such licensing accommodation, Rhode Island thus becomes the 40th state in the country to recognize the challenges faced by military spouse attorneys in their pursuit to maintain a meaningful career.

Under Rule 2(c), “any attorney who is a member of the bar of the highest judicial court of a state, district, or territory of the United States, who graduated from a law school accredited and approved by the American Bar Association, who has been engaged in the full-time active practice of law for at least one (1) year, and whose spouse is on active duty with any one of the armed services and is stationed in the State of Rhode Island may be admitted to practice law in [Rhode Island] upon electronically filing the Petition for Temporary/ Limited Admission to the Rhode Island Bar.” The admission is effective for a three-year time period from the date of the military spouse attorney’s admission to the Rhode Island Bar.

The Rule was formally adopted following a petition filed by Andrew Pettit, an attorney and spouse to a Navy human resources officer. A former active duty servicemember and current Navy Reservist himself, Andrew knows all too well the struggles of maintaining his career while supporting his wife’s military service.

In his own words, Andrew explained his decision to petition for the adoption of a military spouse admission rule to the Rhode Island Supreme Court:

“I pursued the rule change because I was frustrated by the prospect of taking the Uniform Bar Exam again while raising three kids, trying to maintain a career while on a very limited temporary license, and supporting my wife’s career.  More importantly, it was the right thing to do. I have benefitted from the work others have done and I wanted to give back where I could. I hope that this new rule makes it easier for military families to stay together when they get stationed in Rhode Island. I have definitely benefited from the work that MSJDN has done, and trying to get this rule across the finish line was the least I could do.”

Over the past year, MSJDN worked with the Rhode Island Bar Association to advocate for this Rule and was extraordinarily grateful when the Rhode Island Bar Association recently unanimously voted in support of the adoption of a military spouse admission rule. In the words of its president, Richard P. D’Addario: “With over 3,000 active duty service members in our state, this initiative would avoid putting attorney spouses of service members in the untenable position of choosing between their careers and their families.”

Lastly, MSJDN is appreciative of the efforts of several of its members who shared their stories in the brief MSJDN filed in support of Andrew’s petition. These compelling stories truly demonstrate just how needed licensing accommodations are.