As military spouse attorneys, we know that the military is its own world and its judicial system is no exception.

The unfortunate reality is that domestic violence is prevalent in the military.  Many military spouses (civilians and service members) are victims of domestic violence.  The military protective order (MPO) is a tool that many people are not aware of, both within and outside of the military.  The MPO is a restraining order. Here are the basic and most important facts to be aware of when it comes to MPOs: 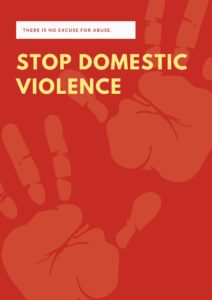 My former client of this case, who was the spouse and also a service member, received a compassionate reassignment due to the circumstances surrounding the DV, the civilian temporary restraining order (TRO), the final domestic violence protective order (DVPO), and the MPO.  In other words, she was PCS’d to another duty station. Another benefit was that her new duty location was confidential from her husband.

That also means an MPO may only be enforceable by the command who issued the MPO.  If the restrained service member moves to a different unit and therefore has new commanding officers, it is important to be aware of the possibility that the new command might not uphold the MPO from the previous CO who issued the MPO.

This is where the Family Advocacy Program (FAP) gets involved.  The DV victim is assigned an advocate through the local FAP, who helps guide and advocate for the victim.  Advocates can be incredibly helpful. For example, the compassionate reassignment of my former client was successful because her advocate through FAP zealously advocated for her with my former client’s command.  Most importantly, her advocate was aware of this option available to my former client’s command. I make sure to maintain regular communication with clients’ advocates from FAP, because they were more knowledgeable and helpful in the military arena.

What is important to be aware of is that the military has evolved in its approach to domestic violence.  As military spouse attorneys, it is probably common for many of us to be approached with legal questions by others in our service member spouse’s unit.  Therefore, it’s important to be prepared and know about this tool in the military. As GI Joe always says, “Knowing is half the battle.”

Rachel Smith is an experienced attorney for over 10 years. Rachel has worked in domestic violence since law school representing domestic violence victims to obtain domestic violence restraining orders.  She is a project manager for a federal grant through the Department of Justice- Office of Violence Against Women and is working with Allegheny County’s Department of Human Services- Area Agency on Aging to combat elder abuse.  She is licensed in 4 jurisdictions- California, North Carolina, Pennsylvania, and the Supreme Court of the United States. She is a graduate from Santa Clara University School of Law and obtained her B.A. in Communications, International Business, and Asian Studies.