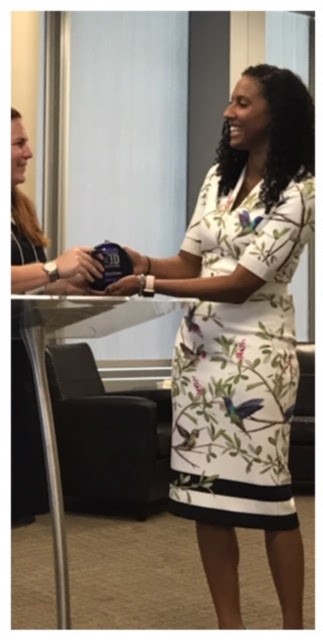 awarded to member Zaira Solano at the Making the Right Moves Conference on October 19th-20th, 2018 in San Diego. Originally raised in a Dominican family of immigrants in New Jersey, Zaira achieved a childhood dream of becoming an attorney when she graduated from Atlanta’s John Marshall Law School. Zaira founded Solano Law Firm in Atlanta, Georgia in 2011, and the firm has since expanded by adding offices and staff members in Birmingham, Alabama and most recently in Tampa, Florida. The Solano Law Firm does extensive work within the field of immigration law on both the federal and state level.

Zaira was practicing and growing her immigration law firm in Georgia when she met and married her husband, who was completing his graduate studies in civil space engineering at the behest of the U.S. Army. Zaira’s husband was her first introduction to having a personal connection to the U.S. military and she soon became actively involved in the American Immigration Lawyers Association (AILA) Military Assistance Program.

Zaira’s work with AILA allowed her expertise in immigration law and empathy for military servicemembers and their immigrant dependents to converge. She has orchestrated opportunities for AILA lawyers to train JAG officers unfamiliar with the finer points of immigration laws which impact servicemembers and their families. The Alabama/Georgia AILA Military Assistance Program conducts a two-day training program specifically for JAG officers to study various laws which qualify servicemembers to obtain legal status for qualifying non-U.S. dependents. The two-day training includes a clinic to allow JAGs the opportunity to conduct client intakes with experienced immigration attorneys.

Few Americans are aware of how significantly immigration policies impact military servicemembers and their dependents. Some are not even aware that the U.S. military includes foreign born servicemembers who have forsworn their native countries and have committed to defending and protecting the United States. Generally, immigrants must already be permanent residents to join the military and once a green card has been obtained, the enlisted member can apply for expedited citizenship. However, there are also special recruiting program, such as the Military Accessions Vital to the National Interest (MAVNI) which allows qualifying non-citizens in the U.S. to join the military and gain eligibility for U.S. citizenship through that process. 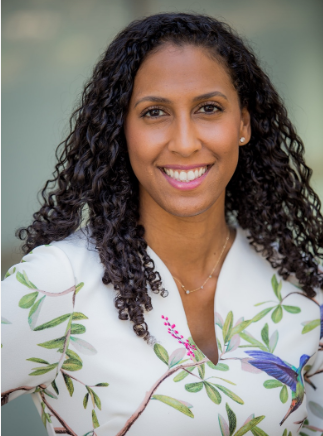 Over the last decade, various changes to immigration policies and fluctuating enforcement have significantly reduced the number of naturalized servicemembers. The current immigration laws are often “cumbersome, narrow, and outdated” says Zaira.

Zaira’s work with the AILA Military Assistance Program has substantially increased the military’s capability of effective and efficient legal assistance to foreign-born servicemembers and their families. Additionally, her advocacy for reforming immigration policies has led to an invitation to participant on a panel at the popular South By Southwest festival in Austin, TX later this year and discuss how immigration policies impact our citizens, military and civilian alike.

When asked how interested attorneys or law students might assist with immigration work, Zaira replied, “Seek mentorship from experienced attorneys, be resilient (don’t be discouraged by lack of experience), and remember that we NEED you. There is a far greater demand for immigration attorneys than there is a ready supply!”

Those interested in learning more about immigration law or looking for ways to get involved may contact Zaira at zaira@solanofirm.com.

MSJDN is honored to celebrate her and her commitment to the military legal community and military families with the 2018 Exceptional Service Award.