Washington Call to Action: Submit a Comment by April 30th 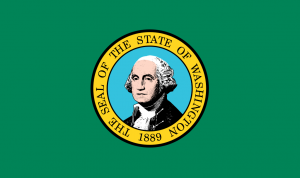 Washington is home to almost 70,000 active duty military personnel and 20,000 reservists, along with their families. The legal community in the state has long embraced the military community through programs like the Veterans Project with the Northwest Justice Project. The Legal Assistance for Military Personnel Section of the Washington State Bar Association also supports the delivery of legal services to the military community. In November 2018, Washington State Attorney General Bob Ferguson announced new resources aimed at helping military service members and veterans deal with legal issues, including the Military Engagement and Directed Advocacy by Lawyers Program. The Attorney General’s office also maintains a Military and Veteran Legal Resource Guide.

That continuing support for those who serve and their families is reflected in the proposed Revisions to Washington License Requirements in Support of Military Spouse Attorneys. MSJDN has built support for a rule change in the state since 2013 and celebrates this progress toward a military spouse attorney licensing accommodation in Washington.

Changes to the existing licensing structure are necessary because military families move every two to three years on average. These moves are based on the needs of the service, with no regard for a spouse’s career. Attorney spouses must obtain a new bar license with every move to continue to practice law and maintain the profession we love. It is expensive, time-consuming, and exhausting to repeatedly apply for a bar license, study for another exam, and wait for admission in each new jurisdiction. Once licensed, finding employment is a challenge in a new location without an established network and with the “temporary resident” stigma attached to military spouses. Many spouses find themselves unable to sustain a meaningful career given these challenges. The proposed rule reduces the barriers to practice by streamlining the requirements for military spouse attorneys who are already licensed and in good standing in another jurisdiction.

Having helped develop the military spouse attorney accommodations in 33 other jurisdictions, MSJDN has learned what does and does not work for this community. The Model Rule, encompassed in the proposed Washington accommodation, does not lower the standard for character and fitness or eliminate adherence to the rules of professional conduct. Instead, it reflects an appropriate balance of maintaining the highest professional standards and the important public policy interest in supporting Washington’s military families with a meaningful accommodation.

How can you help?

Submit a comment to the Washington State Supreme Court by April 30th to let them know that you support the proposed military spouse attorney license. Here’s how:

Attorneys and the public can submit a comment, but if you are…

You can also share this story with your network using the buttons below and ask them to submit a comment in support of a military spouse attorney accommodation.