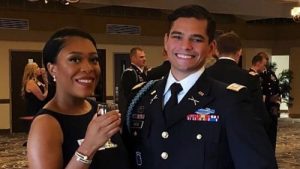 In 2016, Georgia adopted a policy and process for military spouse attorneys to petition for a waiver of the existing rules for admission. Harriet O’Neal, a MSJDN member living in Georgia due to her husband’s military assignment, was denied admission to the bar without explanation under this policy in early 2018.

Harriet fought back, appealing the denial to the Georgia Supreme Court. Her cause was championed by the Military Spouse JD Network, the American Bar Association, the Georgia Association of Women Lawyers, the National Association of Women Lawyers, and many others in the form of amici briefs and letters of support. In September 2018, the Georgia Supreme Court sided with Harriet and overruled the Board of Examiners’ denial of her request to practice law in the state. Her petition was remanded to the Board for reconsideration.

This week, almost a year after initially filing her request for a waiver with the Board of Bar Examiners on November 30, 2017, Harriet received the good news that her petition was approved. She may now proceed with admission on motion to become duly admitted to practice law in the state of Georgia.

MSJDN congratulates Harriet on succeeding in her hard-fought pursuit to continue her legal career while serving alongside her servicemember. Her efforts are critical, not only for her own professional development, but for other military spouses as well. By pushing forward, she stood up for a fair and consistent process for all military spouse attorneys seeking a waiver under the Georgia policy in the future. MSJDN is also grateful to ABA Past President Linda Klein, the ABA’s Commission on Women, Patricia Elrod Hill, GAWL, NAWL, and the many other individuals and organizations who spoke out in support of military families during this process.

While ultimately successful in pursuit of a license, Harriet’s story highlights a scenario that is unfortunately all too familiar to military spouses in the legal profession. Even when qualified for a waiver of a bar exam, the process of obtaining a new license can consume months of precious time for a military spouse with a limited period between relocations. MSJDN members are often left with volunteer work as their only means of professional development in the absence of a license to practice in a new jurisdiction. Each day, week, and month without the ability to work creates a larger gap on the resumè which must then be accounted for on every future job search, along with an increased financial burden on the military family.

MSJDN continues to call upon Georgia to adopt the Model Rule to eliminate uncertainty under the current policy, which leaves military families in limbo as they apply and wait to see if the military spouse attorney qualifies for a waiver. The Model Rule reflects an appropriate balance of the need to maintain the highest professional standards for the bar and the important public policy interest in supporting military families. To date, 33 jurisdictions have adopted licensing accommodations for military spouse attorneys, a movement endorsed by the ABA. Under the Model Rule, Colorado and other jurisdictions efficiently process military spouse 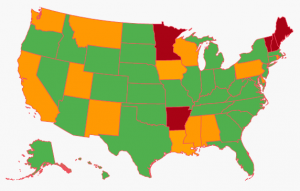 licenses, in some cases as quickly as seven days, utilizing clear-cut requirements.

As we celebrate Harriet’s success, MSJDN’s work continues in other jurisdictions, including California, Montana, Washington, Utah, and New Mexico. For more information about how to assist with military spouse attorney licensing, contact MSJDN State Licensing Director Karl Gerner at statelicensing@msjdn.org.