President’s Letter: Our Call to Action 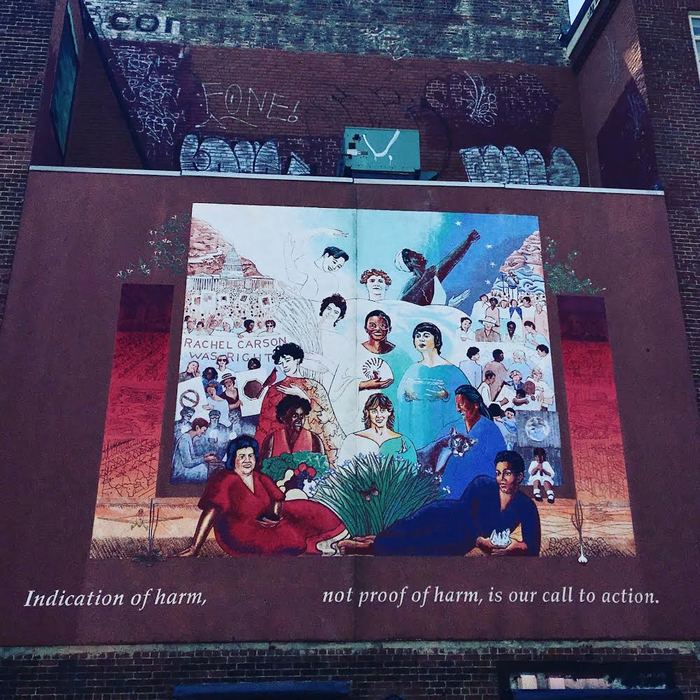 In a recent visit to Cambridge, MA, I visited Harvard Square and observed a mural painted by Be Sargent in 1998, entitled “Women’s Community Cancer Project Mural.” The women in the mural represented women activists that died of cancer, memorializing their contributions as well as recognizing those currently working against the environmental causes of cancer; a quote in white italic paint lies beneath the mural: “Indication of harm, not proof of harm, is our call to action.”

The Women’s Community Cancer Project (WCCP) was founded in 1991, focusing, among other things, on the environmental causes of cancer. The WCCP worked alongside Be Sargent, the artist, to ensure that a group of diverse women were represented. My mother is an oncologist, so I grew up around cancer patients and survivors, so the mural really resonated with me.

So did the quote: “Indication of harm, not proof of harm, is our call to action.” It made me reflect on the countless women that spoke publicly, wrote op-eds, reached out to spread the word, and worked hard to create a support system, all on behalf of their cause. This made me shift my thought toward MSJDN’s advocacy efforts, and the countless number of MSJDN members and supporters that have successfully advocated for thirty-one rule change accommodations on behalf of military spouse attorneys, despite not having the ability to utilize the rule efforts to their own benefit (as orders always seem to drop at the most inconvenient times!)

The MSJDN State Rule Change committee has been particularly active recently: Past-President Libby Jamison recently published an op-ed in the San Diego Tribune, “How Licensing Changes Could Aid Military Spouse Employment”, Florida finally enacted its accommodation for military spouse attorneys, effective September 17, 2018 (adopted by the Florida Supreme Court on July 19, 2018), and MSJDN leadership will be attending the American Bar Association’s Annual Meeting in Chicago in August (partly supported on the National Conference of Bar President’s Diversity Scholarship awarded in June) to network with bar leaders on state licensing efforts (among many other things!) The adoption of a rule by Florida was such wonderful news, as MSJDN’s Team Florida had been working on the rule change efforts for over four years.

Though the harm suffered by military spouse attorneys in jurisdictions without rule changes isn’t remotely comparable at all to the suffering of cancer patients, MSJDN’s “call to action” and advocacy efforts is important. Like the women depicted in Ms. Sargent’s mural that worked hard to improve the conditions for women today, MSJDN members advocate everyday so that those that follow them in the future to their duty station will able to live a higher quality of life. Efforts to volunteer for the State Licensing Committee, no matter how small, will be sure to make an impact on the life of another. For information on how to volunteer, contact Karl Gerner, State Licensing Director at statelicensing@msjdn.org.