Effective September 17, 2018, military spouse attorneys on orders to Florida will now be able to apply for temporary admission without examination to the Florida Bar pursuant to the newly enacted  Chapter 21 of the Rules Regulating the Florida Bar.

In its Opinion released July 19, 2018, the Florida Supreme Court recognized that the choice frequently faced by military spouse attorneys to give up the practice of law to accompany the service member to Florida or to continue to practice law and remain in the jurisdiction where he/she is licensed is an untenable position. The Court recognized the sacrifice of service also endured by the families of service members, stating:

“It is our hope that the adoption of these new rules will assuage some of the hardships associated with service in the U.S. Armed Services. At a minimum, our adoption of these new rules gives form to the abiding gratitude we all share for the men and women who voluntarily serve in the U.S. Armed Services and the sacrifices endured by their families.”

Military spouse attorneys seeking admission under the new Chapter 21 must meet the eligibility requirements set forth in the rule, pay a fee of $1,000, and establish satisfactory character and fitness qualifications. The applicant must complete a Basic Skills course within six months of certification and complete Continuing Legal Education during each year the license is renewed. Additionally, an admittee under Chapter 21 must either be “employed by or in a mentorship relationship with a member of The Florida Bar who is eligible to practice law in Florida.” A mentor network will be established by the Military Affairs Committee of The Florida Bar for the sole purpose of facilitating this requirement. A license issued under this rule is subject to annual renewal and fees equal to those paid by active members of the Florida Bar. Finally, the duration of a Chapter 21 license will not exceed five years.

In 2014, MSJDN’s Team Florida engaged the The Florida Bar’s Vision Commission 2016 to dialogue the possibility of a military spouse admission rule in the Sunshine State. Quickly, the team gained the support of Florida Bar leaders including Lanse Scriven, Kristin Norse (Florida Association of Women Lawyers), and Robin Bresky (Florida Association of Women Lawyers). It has been a long and arduous road to the Florida Supreme Court; nevertheless, this victory
was achieved with the unwavering support of no less than six Florida Bar Presidents; namely: Eugene Pettis (2013/14); Gregory Coleman (2014/15); Ramon Abadin (2015/16); William Schifino (2016/17); Michael Higer (2017/18); and Michelle Suskauer (2018/19). Equally, shepherding this rule through its procedural paces at the Florida Bar in Tallahassee were LoriHolcomb, Mary Ellen Bateman, and Josh Doyle. MSJDN is exceedingly grateful to the leadership of the Military Affairs Committee of the Florida Bar, which is undertaking to continue to work with military spouse attorneys through its mentorship network; specifically, Martin Stern, Tina Fischer, and W.C. Henry. 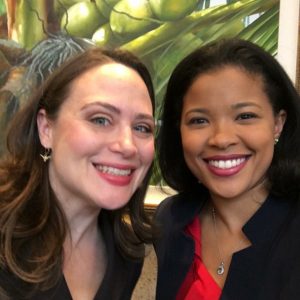 “The adoption of Chapter 21 signifies the Florida legal community’s steadfast support of our nation’s military families,” said Karlyn Boler, MSJDN Florida State Director. “Today’s decision makes me extremely proud to be an active member of the Florida Bar and a military spouse.” MSJDN President-Elect Karen Scanlan added, “This rule will have a profound and long lasting effect on those military families who receive orders to Florida. The tireless efforts of the MSJDN Florida State Team and the collaboration of Florida Bar leaders have made this rule a reality.”

Florida is the 31st jurisdiction to adopt a military spouse admission rule.