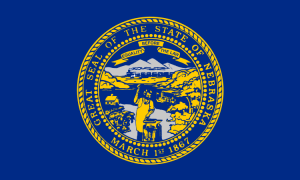 To be eligible for admission as a Class 1-D applicant, the applicant must meet the requirements contained in the rule and will be subject to a reduced fee and expedited processing. The license is not temporary, nor does it terminate automatically upon departure from Nebraska. The license remains in full force and effect until the attorney resigns in accordance with Neb. Ct. R. 3-803(H). The full text of the rule can be found here once publicly released by the Court.

MSJDN member Leslie Walter began outreach in support of a military spouse attorney rule change in March 2017. She earned the support of the Nebraska Labor Commissioner, the Nebraska Bar Association’s Military and Veterans Committee, and other local and state leaders. In particular, Leslie worked with state senators Carol Blood and Susan Crawford. Senator Blood was a tireless advocate of the rule change, having successfully advocated for similar rule changes for military spouses in the medical and educational fields. Senator Blood met directly with the Supreme Court, supporting adoption of MSJDN’s Model Rule. The Court’s original proposed amendment provided expedited processing of military spouse applications and a reduced fee but did not create a unique class of applicants. It also did not ease any of the testing or years-of-active-practice requirements already in place for non-military-spouse applicants. After MSJDN submitted a comment advocating for adoption of the Model Rule, Senator Blood voiced her support directly to the Court. The Court ultimately agreed, with full adoption of MSJDN’s Model Rule.

“With adoption of this licensing accommodation, the Nebraska Supreme Court has demonstrated its strong support of our nation’s military and their families,” said MSJDN President Libby Jamison. “We thank the Court for taking meaningful action toward reducing military spouse unemployment and keeping military families strong.”

In amending Neb. Ct. R. 3-119, Nebraska becomes the 29th jurisdiction (28 states and 1 US territory) to ease the licensing burden for military spouse attorneys. Thank you to Senator Blood, the Supreme Court of Nebraska, and the legal community in Nebraska for this amazing show of support.