MSJDN’s 2017 Exceptional Service Award was presented to member Angela Allen at the Making the Right Moves Conference on September 29, 2017.  Angela Allen is a Partner at Jenner & Block, a mom, and the wife of an Army National Guardsman. She is a dedicated ambassador for the MSJDN mission and has committed countless hours to advocate for milspouse licensing rules and the mission of MSJDN.

When Angela first became involved with MSJDN, she was a third-year associate at a Jenner & Block. Her husband, an Army National Guardsman, was deployed in Iraq and she had two young children under the age of 3. Needless to say, she was in one of the more difficult stages in the journey of a milspouse attorney.

Angela did not live near a military installation, so while her husband was deployed, she found comfort in following a blog by fellow milspouse attorney, Lori Volkman. In one of the blog posts, Lori mentioned her work with MSJDN. That was when Angela realized: There are others out there like me! She immediately reached out to Mary Reding Smith at MSJDN, eager to get plugged in.

As an attorney at a fir 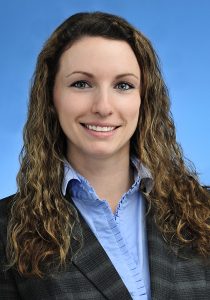 m that values pro bono work, Angela was well positioned to use her firm’s connections and resources to help military families.  Within her firm, she started a Veterans and Military Family Affinity Group to encourage firm members to put their volunteer time toward helping veterans and military families. With the help of colleagues and MSJDN, she led the milspouse licensing effort in Illinois and played an important role in the Michigan effort.

When she first decided to lead the milspouse licensing efforts in Illinois, she did not truly appreciate the kind of project she was taking on.  But she did know she was ready to hit the ground running, and naturally she sought support within her firm, a firm well known for its extraordinary commitment to pro bono.  She reached out to Jeff Colman, a Partner at the firm, to see if he would be willing to act as the supervising attorney for the Illinois effort.  He was then serving as Chair of the Access to Justice Commission and set up a call with Chief Justice Thomas Kilbride of the Illinois Supreme Court.  Justice Kilbride supported the effort and Angela got busy drafting a rule.

Angela reached out to the MSJDN team, and together they prepared the most generous milspouse licensing rule MSJDN had ever seen at the time. “When I looked at the licensing rules in place at the time, I felt like none of them did enough,” Angela said.  The enacted Illinois Supreme Court Rule 719 waives the relatively hefty fees for licensing in Illinois and allows milspouses to apply for the milspouse license six months in advance of PCS, the accommodation continues one year after change of duty station, and all of the time in Illinois counts towards reciprocity.

From the first call with the Chief Justice to the passage of rule, the turnaround time was a record-breaking couple of months.

Angela did not stop with Illinois.  While MSJDN members Josie Beets, Karen Scanlan, Elizabeth Jamison and Lauren Wittenberg Weiner were working on a milspouse licensing accommodation in Michigan, Angela, originally from Michigan, volunteered to help out at the last minute to testify in front of the Michigan Senate Committee. What should have been an easy 5-hour drive from Angela’s homebase of Chicago, turned into a long trek northeast while she sat through the worst blizzard of the year. Eventually, Michigan enacted the milspouse licensing rule.

MSJDN is a better organization because Angela is a member.  She has consistently demonstrated commitment to serving military families, especially milspouse attorneys, since she first discovered MSJDN on a blog site over four years ago.  But she isn’t nearly finished.

On her to-do list, Angela plans to lead the efforts to pass the milspouse licensing rule in other major states across the country.  With 24 states without a milspouse licensing rule yet, Angela is prepared to continue to do her part. “Being an advocate for a cause—this is the kind of pro bono I love,” Angela said. “MSJDN has given me an amazing platform for me to do the pro bono work I want to do.”

Angela will be the first to tell you that her work for MSJDN has repaid her tenfold.  Through connections she has made through her work with MSJDN years ago, she is now dedicating her pro bono time to the newly launched Illinois Armed Forces Legal Aid Network, a statewide legal aid hotline and network of supporting legal services to meet the needs of Illinois veterans and service members. This project will be the first of its kind in the country.

“I have gotten so much from the MSJDN community.  It has furthered my professional career—both within the firm and in building a network and a brand,” Angela said.

Angela encourages all MSJDN members to get more involved.  “Getting involved with MSJDN makes good career sense.  If a milspouse attorney has gaps in her employment, volunteering for MSJDN shows continuity and it adds meaningful work to your resume.”

Angela is among the most dedicated MSJDN members, and MSJDN is thrilled to honor and celebrate her and her commitment to service with the 2017 Exceptional Service Award.