Georgia is home to many military installations, including Fort Benning, Fort Stewart, Naval Submarine Base Kings Bay, Robins Air Force Base, and Coast Guard Air Station Savannah. For many military spouse attorneys stationed in the state, it’s been a struggle to maintain a legal career during a family’s time in the jurisdiction due to licensing requirements incompatible with the military lifestyle. Thanks to a new policy that recognizes the sacrifice of military families, those barriers to practice are now reduced for military spouse attorneys.

The Supreme Court of Georgia recently 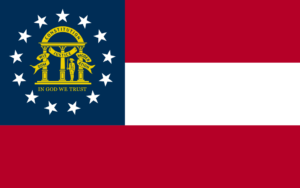 announced the new “Military Spouse JD Waiver Process and Policy.”  The statement from the Board of Bar Examiners starts by, “Recognizing that active duty military personnel are frequently transferred to duty stations in any number of states, making it extremely difficult for their attorney spouses, who, while admitted to practice in one state, may not be admitted in the state of the new duty station, the Board of Bar Examiners seeks to accommodate the bar admission needs of attorney spouses of military personnel while still maintaining the integrity of the bar admission process.”

(a)    An attorney at law who has been admitted by examination to membership in the bar of the highest court of another United States jurisdiction;

(c)    The spouse of a service active duty member who is on military orders stationed or home-ported in the State of Georgia.

Military spouses applying under the policy must comply with the instructions and checklist for the necessary documents and information to submit in support of the waiver.

With this policy, Georgia becomes the 22nd jurisdiction to adopt a military spouse licensing accommodation, and joins states including Texas, North Carolina, and New York in demonstrating meaningful support for military families. MSJDN is grateful for the support from the Georgia legal community leading to the adoption of this policy. Creating a path for the practice of law to be compatible with the military lifestyle sets an example for the entire legal profession.

MSJDN State Licensing Director Karen Scanlan thanked the team of volunteers who led the efforts in the state, saying, “Our Georgia Team has been committed to this initiative for a significant amount of time. It is wonderful to see their coordinated efforts ultimately pay off for the benefit of military spouse attorneys stationed in Georgia.”