Earlier this month, four members of the Military Spouse JD Network Board of Directors traveled to San Francisco to take part in the American Bar Association’s Annual Meeting. Over the course of a few short but busy days, they spread the MSJDN gospel to countless fellow legal practitioners, climbed San Francisco’s many hills, and continued to develop support from the legal community for MSJDN programs, including licensing initiatives and Justice for Military Families (JMF). 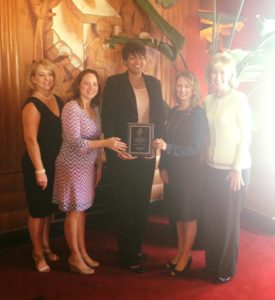 Karen Scanlan, State Licensing Director, flew in from Orlando, FL to attend and connect with bar leaders from around the country. During the meeting, Karen was sworn in as a board member for the National Conference of Women’s Bar Associations (NCWBA) and attended the first NCWBA board meeting with the new members installed. Karen will serve for the coming year and looks forward to seeing everyone again in Miami for the Mid Year Meeting in February!

Sarah Ford, JMF Pro Bono Coordinator, was also on hand to accept recognition for Justice for Military Families at the NCWBA luncheon. Thanks to the hard work of the JMF team, the pro bono program that serves Gold Star families with legal needs in collaboration with the Tragedy Assistance Program for Survivors (TAPS) was recognized twice during the annual conference. In addition to the NCWBA honors, the National Conferences of Bar Foundations (NCBF) also bestowed JMF with recognition. MSJDN President Josie Beets and 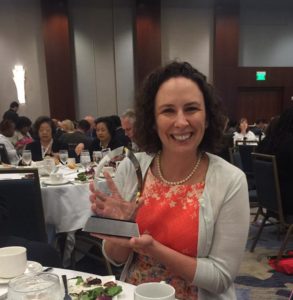 President Elect Libby Jamison attended the award luncheon to accept the NCBF LexisNexis Partnerships Award on behalf of the organization and the incredible military spouse attorney volunteers who serve these most deserving families.

JMF was also featured during the NCBF programming. Sarah presented to a room full of bar leaders, sharing how MSJDN has successfully partnered with TAPS to address the legal needs of military families. [Click here to view a presentation on JMF] Attendees were impressed with the details of the all volunteer program and eager to collaborate with MSJDN to support military families.

Josie and Libby attended the National Conference of Bar Presidents programming over the course of several days, connecting with state and local bar leaders from around the country to learn best practices for leading and growing bar associations. In between sessions, the opportunities to connect in person with these bar leaders allowed the MSJDN leadership team to share the stories of military spouse attorneys and develop support around the country for the removal of barriers to military spouse licensing and employment.

Libby paused from the NCBP programming to present to the ABA’s Military Law Committee, including the Judge Advocate Generals of the Army, Navy, and Air Force, along with leaders from the Coast Guard, Marine Corps, and Department of Defense. She shared the success of the Army’s military spouse-attorney resume database being used to fill civilian attorney positions and encouraged the other services to consider similar hiring programs. Updates were also given on the status of MSJDN’s licensing efforts and the success of JMF. Libby also made a presentation to the ABA’s Government and Public Sector Lawyer’s section and received great support from this audience, including interest in supporting licensing efforts and providing military spouse attorneys the opportunity connect and network with section members across the country.

Josie and Libby also attended the meeting of the ABA’s Coordinating Committee on Veterans Benefits and Services. They were able to connect with other organizations serving veterans and military families and share MSJDN mission with attendees, as well as hear a preliminary report on the outcome of the Veterans Legal Network Summit MSJDN volunteers took part in earlier this year.

But it wasn’t all just meetings and presentations! Josie and Libby took part in the ABA Solo, Small Firm and General Practice Division’s Military Dining Out, a rare opportunity for civilians to join in this military tradition dating back to the time of the Vikings. This dining out combined traditions 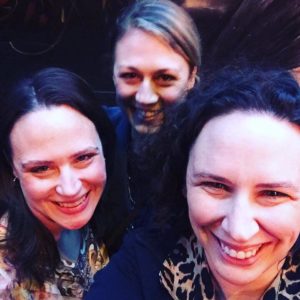 across the services to celebrate military attorneys and all who serve in uniform with fine food, excellent drinks, and festive fellowship.

MSJDN’s trip to the Annual Meeting was a busy but productive few days in the city by the bay. The connections made lay the groundwork for continued success of MSJDN’s efforts. MSJDN’s board members left the event encouraged and in awe of the outpouring of support for military spouse attorneys from the legal community. We look forward to the next opportunity to represent MSJDN and military spouse attorneys at the Mid-Year Meeting in February 2017!