Military spouse attorney Jessica Ortiz, who worked diligently in support of licensing accommodation in Oklahoma, was the first MSJDN member to be sworn in under the rule.

Like many military spouses, Jessica found herself in a state far from home thanks to military orders. She is originally from Puerto Rico and was licensed there in 2004. After marrying her husband, the Army sent them to Germany, Virginia (twice, with an unaccompanied stint in Korea in between), and Oklahoma. Like so many MSJDN members, Jessica found creative ways to work around licensing hurdles to maintain her career while supporting her spouse’s career. While the couple lived in Germany and Virginia, Jessica worked for the Department of the Army, which did not require her to obtain a new license. While her husband was in Korea, she returned to Puerto Rico, where she was already licensed.

However, when the couple moved to Oklahoma, Jessica had difficulty finding employment; the Army did not have any attorney openings at Fort Sill. Again, in a move that is all-too-familiar with military spouse attorneys, she took a job as a law clerk/paralegal and started networking with local attorneys.

Jessica met Jennifer Vercellone, who was spearheading MSJDN’s rule change effort in Oklahoma, and decided to join the Oklahoma rule change team. Through those efforts, Jessica made many connections in the Oklahoma legal community, including Cheryl Beatty at the Oklahoma Bar Association, who was supportive of MSJDN’s efforts. There were long periods of waiting for the Oklahoma Bar Association to take up the proposed licensing accommodation, and Jessica had resigned herself to just taking another bar exam. Ms. Beatty encouraged Jessica to have just a little more patience.

A few weeks later, in November 2014, the Oklahoma Bar Association voted in favor of the rule and sent it up to the Oklahoma Supreme Court for consideration. The next month, the Supreme Court also approved it, and Jessica learned that she could submit her application for licensure under the rule on January 31, 2015. Jessica submitted her application, and since she was the first application, there was a bit of a learning curve to get the logist 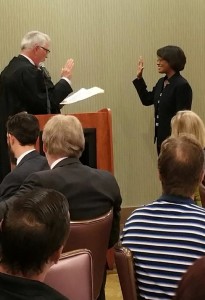 ics worked out. The biggest source of delay was having her background check re-done, since Puerto Rico does not perform a background check in all fifty states as part of its licensing process.

After many emails and phone calls to work out the process of admission, Jessica was ready to sworn in! All the effort that Jessica had put in to networking in her local legal community bore fruit at her swearing-in ceremony. The Comanche County Bar was hugely supportive of her swearing in – all the attorneys and judges came for her ceremony. “The support of the bar members was overwhelming,” she reports. Jessica recalls that the members of the bar were all very respectful and supportive even when she was working as a receptionist. In fact, a local federal judge suggested that she apply for admission to the federal court and sign up for the appointment panel even before she was licensed in Oklahoma (which is allowable under the District of Oklahoma’s rules).

Jessica is now office-sharing with the attorney who initially hired her and three other attorneys, taking mainly family law, estate planning, and bankruptcy cases. According to Jessica, one of the greatest benefits of the Oklahoma Rule is that it does not require supervision, which makes a legal career more portable, especially for attorneys moving into a jurisdiction where they have no prior connections. Another important aspect of the rule is that it waives all fees except for an administrative fee, which removes another enormous burden for mobile military spouse attorneys.

Continuing the support that the local community has always shown, the attorneys with whom Jessica shares office space are acting as mentors and have agreed to help her transition her cases when she moves. The Oklahoma licensing rule has been good for Jessica, but the work that she is no 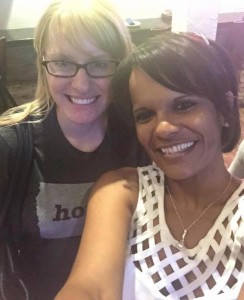 w able to do shows how it also benefits the community. She is working a lot with military families and the Latino community, filling an important gap in services since there are not many Spanish-speaking attorneys in the area. Jessica is extremely happy that she was able to admitted under this rule, but she is even happier that it can help spouses who are coming into Oklahoma in the future.

Right now, Jessica is helping another military spouse go through the Oklahoma admission process. She reports that there is a core group of military spouse attorneys stationed at Ft. Sill who get together fairly regularly, so if you get orders to Oklahoma, be sure to look them up and know that there is significant support from the local and military community to help you continue your legal career while you are stationed there.