So, What Brings You to the Area? and Other Loaded Interview Questions for Military Spouses

When I graduated from law school, I had a résumé that basically screamed, “Atlanta!” Or, if not Atlanta, perhaps New York. I had attended college in New York, and, a few years later, law school in Atlanta. As a law student, I split my summer between firms in Atlanta and New York. Upon graduation, I deferred job offers from those firms while I began a federal clerkship. In Atlanta. I took and passed the Georgia bar exam. One thing my résumé certainly did not scream was “Jacksonville, Florida.” But that is where I found myself after completing my clerkship. I fell in love with and married a naval aviator, and so a year after taking the Georgia bar exam, I found myself sitting for the Florida bar exam, preparing for my move to Jacksonville, and grasping at straws as I searched for a job. I sent emails to every alumni of my law school in town. I networked in every circle I knew. I sent cold emails, résumés, and cover letters to law firm after law firm. And, by what felt like a miracle at the time, less than three months after I moved to Florida, I found myself sitting in a job interview. Conversations with the Director of Attorney Recruiting had been promising, and now all that was left was to impress the lawyers in the Jacksonville office. Then came the question: “What brings you to Jacksonville?”

My story – or some variation of it – probably sounds familiar to most military spouse attorneys. You work to keep your résumé current, to explain or fill gaps in employment, and to make contacts in new city after new city. And once you find yourself in an interview, the questions come: those that seem innocent enough, but go to your military spouse status. What brings you to [fill in city here]? Where do you see yourself in [1, 2, 5, 10] years? Why did you leave your last job? Or – perhaps even more daunting – the open-ended statements with the audible question mark at the end. You have moved around quite a bit? You’v 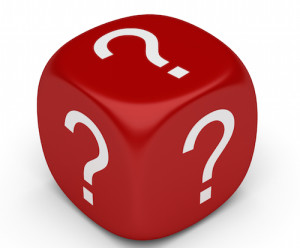 e had a lot of different jobs since law school? You don’t seem to stay in one place too long?

The question of how best to handle these questions is always of interest and often debated among military spouses, and military spouse attorneys are no exception. Here, we highlight the stories of several MSJDN members who have generously shared their experiences and advice. While some, at least initially, give artful answers that do not reveal their spouse or significant other’s military service (for example, when asked where she sees herself in 5 years, MSJDN member Hilary Gordon chooses to focus on the present, responding that her goal is simply to find the right position for her today that will allow her room to grow professionally), others choose to put it on the table immediately. For some, like Rachel Hsiao, the answer is simply that they do not know what the future holds years down the road. But, not surprisingly, every MSJDN member we spoke to answers honestly when the question of their military affiliation directly arises.

In my case, in my excitement over getting a job interview at all, I had not really considered how to answer questions about my husband’s job. I went with the truth – and the whole truth. I explained that my husband was in the Navy and was stationed in Jacksonville. They asked how long we would be there, and I was honest again: until 2013 for sure, with a reasonable possibility that it would be longer and/or that we would return to the area for another tour in the not too distant future. A testament to the fact that the firm was committed to hiring good attorneys regardless of their spouse’s employment and to their support of the military community, I got my job offer that same day.

MSJDN member Sarah Sorensen took a similar approach. When her JAG officer husband received orders to Twentynine Palms, Sarah explains that, “at first we were horrified because Twentynine Palms is in the middle of nowhere, and I wasn’t sure if I would find legal work.” She threw herself into networking at local bar association and professional events while studying for the California bar exam, and, as a young attorney, often faced the question of what brought her to the area. Sarah recalls: “I decided to be completely transparent. I explained that I moved here because my husband is stationed here, we are here for 3 years for sure (maybe more if we extend, which we plan to do) and that I am looking for work in civil litigation.” Fortunately, everyone Sarah met was “very supportive and welcoming.” She says that: “They didn’t seem to judge me for being a military spouse and for possibly moving in a few years. I think the fact that I was taking the bar exam and showing up to all the events demonstrated to the legal community that I was serious about my career. I also developed close friendships and mentor-mentee relationships with local lawyers. They came to know my story and learned that I was serious about my career.” For Sarah, having “one-on-one, in-person contact in an informal, non-interview setting” was helpful as she searched for a job. Her networking paid off, as she received two job offers shortly after taking the bar exam. Sarah’s advice to military spouses is that you may have to take less conventional steps to get a job. She says that: “I knew that if I wrote in a cover letter that I was a military spouse, I would probably not get any interviews. I decided to find my job through networking.” While it might be more difficult in larger legal communities, Sarah’s experience proves that networking is always worth the effort!

While many MSJDN members are direct, open and honest about their military spouse status in job interviews, it doesn’t always have such a happy ending. Katherine Goyette reports that she recently drove 1,182 miles round trip to interview for an attorney position. The interview went from awkward – she was the only female attorney in a room full of male interviewers – to more awkward when, upon admitting that she was not familiar with a vague community program run by that law office, Katherine was asked whether she had watched the office’s YouTube video. While she had of course visited the website and researched the attorneys, she had not found the YouTube video. Katherine was then asked why she “bothered” to go to law school for a “Master’s” degree (LLM) and finally was faced with the question: “why are you moving here?” Katherine responded that her husband worked there and she was trying to relocate to join him. Then came the follow up: “So your husband lives here?” Katherine recalls the feeling of inner panic as she struggled to answer: “He’s currently deployed.” In her case, her response was met with an “oh” and her résumé dropping to the table. Despite an assurance that she would hear something by the end of that week, she did not. But, despite the disappointing experience, Katherine did manage to take away a lesson and a bit of advice for other military spouse attorneys striking out on interviews: “Read more than just the bios of the office – read about the whole office, even about their obscure community programs!” And, in happy news, Katherine has since found a job as a practicing attorney.

MSJDN member Karla Ota recently found herself in another position familiar to many military spouse attorneys – looking for work with a large résumé gap. After working as a trademark paralegal before and during law school, Karla had hoped to continue doing trademark work as an attorney. But, after graduation she found herself in a difficult economy and in Hawaii, where attorney jobs are limited. So, Karla looked for other opportunities and worked in the Trust Department of a bank for a couple of years. After that, she and her husband PCS’ed, and her first son was born. For the past seven years, Karla has been a stay at home parent, and she now finds herself trying to re-enter the workforce as a military spouse attorney with a large gap in employment and no prior experience working as an attorney. Despite these perceived “strikes” against her, Karla recently had a very encouraging job interview. Given her limited experience, she decided to apply for trademark paralegal positions. One application – for a position with a healthcare company – specifically asked if she was a military spouse. Karla recalls that she was “a little surprised by that question, but of course I answered all of their questions honestly.” The day after completing her application, she received an email to set up a telephone interview, which went well. About a week later, she was contacted for an in person interview. Karla says that: “They were all aware of my status as a military spouse. I was asked about how long I thought we would be in the area. I told them honestly that due to the nature of my husband’s job, we believe at least 4 years and hoped it would be longer. Everyone I met with seemed to understand my situation. I never once felt like they thought being a military spouse was a negative.” In fact, one of the attorneys that Karla met had recently heard MSJDN President-Elect Josie Beets speak and told Karla that she never realized how difficult it is for military spouse attorneys to have a successful career while moving around the world with their service member.

While searching and interviewing for jobs can sometimes be a daunting task for military spouse attorneys, the experiences shared by MSJDN members offer some valuable pieces of advice. Network, network, network, in every local and professional community you can (and make sure MSJDN is one of those communities!). If you are looking to maintain employment and avoid résumé gaps while moving among duty stations, consider pro bono work and nontraditional career paths. Even when faced with disappointing interviews and rejection letters, never give up. And, if and when your military spouse status does arise during a job interview, be sure to emphasize the military spouse qualities that make you an ideal job candidate: resiliency, adaptability, determination, and the ability to thrive under almost any circumstances – just to name a few.