Editor’s Note: As we were going to print on this issue of Bars & Stripes, MSJDN received confirmation of another terrific keynote speaker. Assemblywoman Lorena Gonzalez of the 80th Assembly District for the California Assembly will also be addressing attendees at MRM. We are thrilled that Assemblywoman Gonzalez will be able to join MRM’s illustrious speaker line up!

This year’s Making the Right Moves event in San Diego October 17 promises to be a truly enriching experience for attendees, and a great resource for charting a successful career path with the unique needs of military spouses in mind. In addition to some fantastic panels and work sessions, MRM will feature keynote addresses from a variety of speakers distinguished in their own careers. Here’s a sneak peak at the keynote speakers who will be joining us for MRM.  If you’d like to join MSJDN for this great event, you can get your tickets HERE. 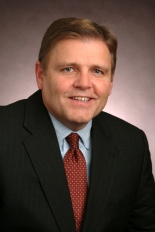 Thomas F. Guernsey is the Dean and President of Thomas Jefferson School of Law, host site for Making the Right Moves 2014.  Prior to beginning his position at Thomas Jefferson School of Law last year, Dean Guernsey was most recently a member of the faculty at Albany Law School and also served as its Dean from 2002-2011.  Previously, he served as Dean, Professor of Law and Interim Vice Chancellor for Academic Affairs at Southern Illinois University, and as Associate Dean and Professor of Law at University of Richmond.  Among his many successes, in 2011, Dean Guernsey was awarded the Trustee’s Gold Medal, which is the highest honor awarded by Albany Law School to an individual who has demonstrated a record of exemplary support and dedication to the advancement of the school. Trustees and alumni there also established the Dean Thomas F. Guernsey Faculty Research and Scholarship Endowment to support faculty research and scholarship.  Dean Guernsey additionally received the Faculty Scholarship Legacy Award and the Legacy Award from the Center for Excellence in Law Teaching during his time at Albany Law School. Dean Guernsey’s practice experience includes disability law litigation and legal aid, and he has served as a consultant/trainer in interviewing, counseling, negotiation, mediation and trial practice for various organizations.  Dean Guernsey holds an LL.M. in Clinical Legal Education from Temple University School of Law, a J.D., cum laude, from Wayne State University and a B.A., with distinction, from the University of Michigan.

Mayor Casey Tanaka was elected Mayor of Coronado, California in 2008, after serving on the City Council from 2002 – 2008.  He was re-elected Mayor in 2012.  In addition, he is a teacher at Coronado High School.  Mayor Tanaka was born in Honolulu, Hawaii, and in his 2013 commencement address at Coronado High School, he explained the journey that brought him to Coronado.  As a first grade student, Mayor Tanaka was removed from the custody of his biological parents following a violent and abusive punishment at the hands of his father.  After spending time in at least two foster homes while in the custody of child protective services, Mayor Tanaka learned that his Uncle Mel – an enlisted Sailor – and his Auntie Karin in Coronado were interested in adopting him.  So Mayor Tanaka came to Coronado to begin the second grade and eventually went on to graduate from Coronado High School and then from the University of California, San Diego.

Colonel Linda Murnane, USAF (ret.) currently serves as Chief, Court Management Support Services for the Special Tribunal for Lebanon in The Hague.  She retired from the Air Force in 2004, following a remarkable career that saw her rise from airman basic – the lowest enlisted grade – to attorney and captain in less than seven years.  Lacking financial support from her family, Col. Murnane worked her way through three years of college before enlisting in the Air Force in 1974 at the age of 22 with the goal of financing a law school education.  Within 18 months she completed her undergraduate degree, and in 1977, she was commissioned as a second lieutenant.  While stationed at Keesler Air Force Base in Mississippi, Col. Murnane was accepted to attend night law school at Loyola University.  So, Col. Murnane commuted 100 miles each way four nights per week to attend classes.  In 1978, she was selected to attend law school full time under the Air Force’s Funded Legal Education Program.  Due to family illness, Col. Murnane transferred to the University of Cincinnati College of Law, where she graduated in 1980.  Despite giving birth to two children while in law school and juggling their serious medical needs (one of her daughters was born deaf and blind), Col. Murnane won the American Jurisprudence Award in constitutional law and was one of the first six Urban Morgan Fellows in International Human Rights.  During her nearly thirty years in the Air Force, Col. Murnane also adopted a third foster daughter.

Beginning in 1994, Col. Murnane served for ten years as a military judge, where her service included tours as a chief circuit judge in Europe and at Bolling Air Force Base in Washington, D.C.  While in Europe, Col. Murnane presided over the first Air Force trials conducted in the war zones in Operations Iraqi Freedom and Enduring Freedom and deployed five times to Oman, Qatar, and Saudi Arabia.  Col. Murnane also served on the first U.S. military assistance team sent to Rwanda after the genocide.  In addition to her determination, perseverance, and remarkable career thus far, Col. Murnane is well known for her commitment to gender equality in the military.