Last month, the first ever Veterans’ Legal Career Fair took place in Washington, D.C with the goal of matching veteran and military spouse attorneys with corporate legal departments, law firms, other private sector employers, and government agencies. Orchestrated by Orrick, the event was sponsored by ALM Media, the American Legion, Microsoft, Morgan Stanley, and Shearman & Sterling, with support from many others. MSJDN members traveled from North Carolina, Tennessee, Rhode Island, and other parts of the country to take part in the historic event.

The first of its kind career fair kicked off on a Friday night with a panel focused on the importance of supporting those who have served and their families when hiring in the legal profession. Orri 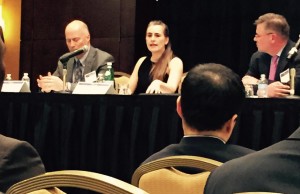 ck partner and MSJDN member Christina Guerola Sarchio sat on the panel and discussed the many challenges faced by military spouse attorneys who have to relocate frequently alongside their servicemember. Christina also spoke about how the experience of dealing with different people is an extremely useful skill possessed by veterans and military spouse attorneys who are immersed in the diverse military population. [At the MSJDN Annual Reception later in the week, Christina was honored with the 2015 Professional Excellence Award for her incredible career!] 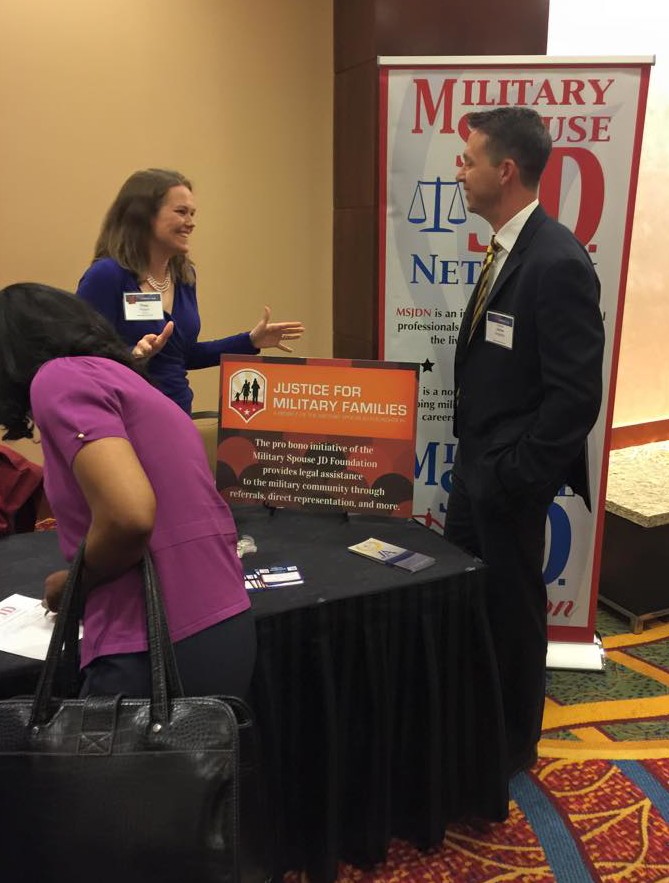 Following the panel, attendees, sponsors, and employers enjoyed an evening of networking. A large contingent of MSJDN members were in attendance and used the opportunity to make useful connections with employers in all corners of the country and the globe! MSJDN also hosted an information table alongside the Judge Advocates Association and passed out information on our organization and licensing efforts to attendees and employers.

The following day started off with a second panel and then launched in to the one-on-one interviews. Military spouse attorneys took part in the full day of interviews from 10:00 am until 4:00 pm, congregating during breaks for caffeine and chatter on the next PCS and the hurdles being overcome in order to continue practicing.

Many thanks to Orrick and their dedicated team for hosting this fantastic event supporting veterans and military spouses in the legal profession.  We are looking forward to VLCF 2016!